Indicating the reasons (tasks) of the mechanical additions used in autonomous. In this part, a close-up video of the robot will be placed and an audio recording will be added to the back. • Motion Engines: Written autonomous codes and autonomous strategy enable the robot to move forward, backward, right or left. • Graper: The balls which picked up by the graper thrown into the basket by passing trough the lower, middle and upper engine. • Lower, middle and upper engine: The balls received by the Graper are thrown into the Crucible by passing through the lower, middle and upper engines respectively. • Sensor(Vision Sensor): It calculates angles and differentiates seven dissimilar colours. This sensor follows the objects(balls) and finds its midpoint. It helps to pick the object(ball) into the robot easily. 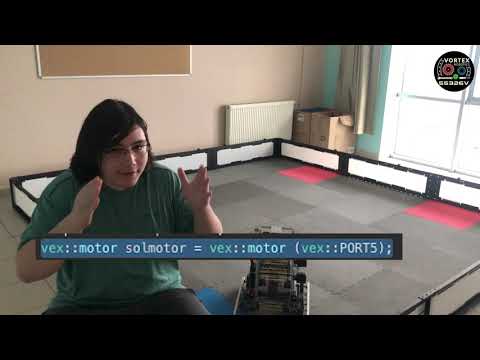 Good luck. You got this.