VRC Team 3018E Paracord - Techna PWN Robotics - Council Bluffs, Iowa, United States. Introduction All VEX robots using the V5 system require a V5 battery. Since batteries have a limited run time, they need to be swapped frequently. Most teams use the V5 battery clips (part 276-6020) to attach the battery to their robot. While these clips do hold the batteries securely, they have several disadvantages. Swapping batteries held on by the clips is generally a slow, two-handed process. The clips offset the battery from the mounting points significantly and require extra space to the sides to release the clips. They have only one mounting option and do not manage the V5 battery cable, which itself has a clip that must be released when unplugged. Our solution is a compact, 3D-printed dock that both secures the VEX V5 battery to the robot and perfectly aligns and connects it to the power cable, enabling quick, one-handed swapping. Explanation of the Part Our part is 3D printed in a single piece with no supports or assembly required. It has eleven mounting points at 0.5" spacing—five on the bottom and six on the back. Seven of the mounting points use embedded nuts, and the other four use screws from the front. The dock measures 2” x 1.5” x 3” to allow for compatibility with the VEX EDR system. The raised back section of the dock serves two purposes: to enable the battery to be aligned with the dock much faster and to add four more mounting points. Two compliant clips embedded in the sides of the dock interface with the notches on the battery. The clips retain the battery with just enough force to hold it in even if the robot flips upside-down but still allow the battery to be easily removed. A backstop protects the clips from over flexing and snapping off. The V5 power cable plug is held in place with an additional compliant clip. The clip on the plug is always compressed so the battery can slide in and out of the dock smoothly. The plug can be removed by pinching the dock clip and gently pushing the plug out from the inside of the dock. The dock features a cutout for the power cable, allowing it to either extend straight down or clip into place at 90 degrees to be flush with the bottom of the dock. The dock includes a cutout for the battery level indicator button and lights. Design Process The part was designed using Autodesk Fusion 360 version 2.0.9313. Designing the power cable plug I began this project over a year ago. I wanted to start with an accurate 3D model of a V5 power cable plug to ensure a proper fit. Unfortunately, I could not find a CAD file for the connector anywhere on the internet. I first tried searching the Molex website, but it was not listed because it was a custom connector for VEX. I tried to find a similar connector design and modify it to match, but the model I found was too different for that to be practical. I then attempted to design the entire plug manually, but with the measuring equipment and limited experience I had at that point, it lacked sufficient precision. I decided to search the Molex website even deeper and found a datasheet that had been posted since my last search. The datasheet was for a connector that was identical in every way other than an extra chamfer on the outermost pins. I was able to import five views of the plug from the datasheet into Fusion 360 as sketches. After repairing many disconnected lines and adding obscured geometry, I was able to create a nearly exact model of the plug, which I posted publicly to the VEX Forum. Designing the dock This is the third design of the dock. I started the first dock design in May of 2019 using the plug I manually modeled as a reference. Once I finished the datasheet-based plug model mentioned above, I abandoned the previous dock design and started over on a second. Eventually, I finished that design and printed it, but it had several major flaws. Excessive tolerances made the battery and plug far too loose. A separate piece attached with a screw to hold the cable plug, which caused the dock to require support material where it attached. It used a dummy charging connector for battery retention, but it snapped off inside the battery. It only had two mounting points, and the cable couldn’t sit flush with the bottom. In November of this year I decided to take up this idea again. With the things I learned from the previous designs, and having spent much more time with Fusion 360 and 3D printing, I started the design over once more. In total, eleven different prototypes were printed across 60 design versions. There are more timeline features than I can explain in this report, so I will review the highlights of the current design. All seventeen CAD sketches are fully defined. Six user parameters were used to define tolerances for the parts the dock interfaced with, which allowed for much faster prototyping. Most features in the timeline are grouped by major elements and individually named. Where applicable, extrusions reference start and end geometries to automatically resize when changing parameters. Millimeters were the primary units used, but I defined some dimensions in inches when related to interfacing with the VEX EDR system. Conclusion In creating this design, I learned about 3D printed compliant mechanisms and became more proficient in parametric solid modeling with Fusion 360. This was by far the most intricate part I have designed. I plan on using Fusion 360 to fully design our team’s next robot using the VEX CAD Fusion 360 Library (which I hope to continue contributing to). I am currently seeking a position at a small manufacturing company as a Fusion 360 designer and add-in developer. 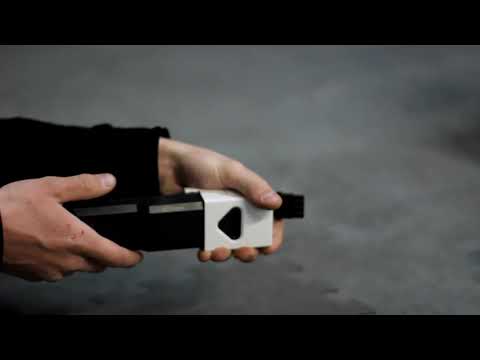 @Mason-C Thanks! This design is not legal in VRC as it is a functional 3d-printed part, however it is fully legal for use in VEXU and VAIC.

Love the design! any chance this would be legal in VRC? taking the battery off is always more work than it should be lol.