Biomimicry = Bio + mimicry, literally means imitating or mimicking the Bio, meaning living things. Pause Biomimicry in Engineering refers to getting inspired from the living world, the plants and animals, to design creative and innovative engineering solutions. We can see how nature has solved a problem and apply the same or similar solution in the real world. As we started researching, we figured that we humans have been getting inspired by nature for a long time. Some of the famous examples of biomimicry in engineering that we had come across very often in our research are: Several animals camouflage themselves to their environment to avoid danger. E.g. Here is a Lizard burying itselves in the sand so that predators cannot easily distinguish them. Sounds familiar? The military design their uniform to camouflage into the environment. Bats eyes are very small, and their vision is quite sensitive. They use echoes to locate what is in front of them. Scientists are using the same technique to help bling people with an echolocation cane. The structure of the lotus flower is that it doesn't let water through its petals. Scientists are creating water- repellent material based on this design. Every year, thousands of bird species migrate from their summer nesting location to another location to feed and breed and fly back to their original location flying thousands of miles In the past, people had thought that birds avoided the open sea and only went on short trips, around 100 Kilometers. But some German researchers have found a breakthrough! They attached small GPS tracking devices to 65 different species of birds, and tracked 112 sea crossings over a period of 9 years. They found out that the birds actually went hundreds of kilometers and even thousands of kilometers over the sea nonstop. First they found out that instead of flapping their wings, which consumes energy, they harnessed the wind to make them go long distances. Second, the birds angle their bodies to the winds when the direction of the wind is against their flying path. Did you know that 80% of all the world's goods are transported via ships? These ships use bunker fuel. This is a particularly dirtier form of fuel, Emissions from these ships are responsible for 10 to 15% of various chemicals, which is polluting the air. When we thought of applying biomimicry into this shipping problem, we thought about how birds wings worked similar to how kites worked - they both used the winds to fly! But, ships don't have wings that can mimic birds flying. Our idea is to attach a kite. Our Idea is when the winds are blowing in the direction of the ships path, then the kite will guide them, like how the birds wings are able to fly without having to flap. If the wind blows in another direction, the kite can be adjusted to angles, like how the birds angle their wings to uplift, and move the ship. We know there is a long way to go to actually implement this solution, but when done hopefully this will lessen pollution, and slow the process of climate change. THANKS FOR WATCHING! 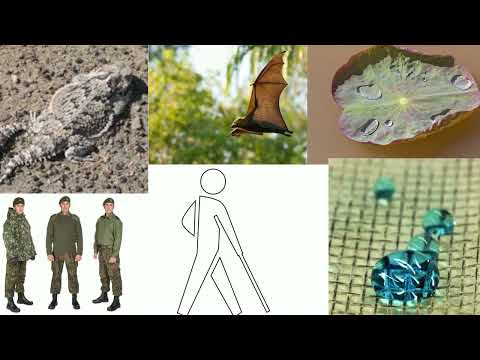