This is a promotional video made by DiscoBots students (2587z ) before the 2012 World Championship. This is for last year's game Gateway but we feel it still represents the core of the 2587z team competing this year ! We feel this video is a great demonstration of using pneumatics as your sole lifting device ! Hopefully other teams will learn from this video. The 2587z (also called Zeta team) has qualified again for Worlds and plans to release another world championship reveal video ! FYI: There is a bunch of blackness at the end of the video that is a false teaser, so don't wait around for the end. 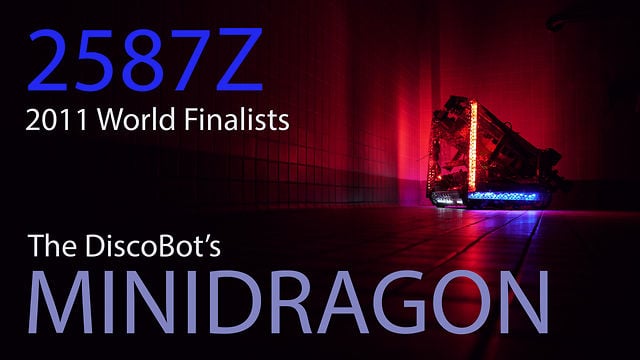 next time we will read the rules more carefully, thanks for the heads up --DiscoBots

I believe you were supposed to host on youtube and only have a 1:30 long video, otherwise good job!