In today's episode of Mythbusters, watch as Adam and Jamie attempt to bust the age-old myth from the VEX forums that wheels are better than tank treads on VEX robots. They will put this myth to the test by using two nearly identical robots (one of which uses wheels and the other uses treads) to see the benefits and downsides of each system. Please note that during the testing in this video, the outside diameter of the sprocket used to drive the tread robot is the same as the outside diameter of the wheels on the other robot. Under ideal circumstances, this should allow both robots to drive at the same speed. Starring: Robbie Kalb as Adam Savage Timmy Beckmann as Jamie Hyneman Executive Producers: Jamie Kalb Irv Kalb Miles Chaston Produced and Directed by: Timmy Beckmann Robbie Kalb Written by: Robbie Kalb Edited by: Timmy Beckmann Narrated by: Robbie Kalb Line Producer: Lsquared Leland Supervising Production Managers: Harrison Tang Hannah Athey Junior Production Manager: Seraphine Goh Special Thanks: The Mythbusters- for showing us a great method of teaching The Art Institute of Sunnyvale California - for letting us film in front of their green screen All of our mentors (Irv, Jamie, and Miles) - for teaching us everything we know about robot building Frank Tang - for letting us use the Frank Tank Special note: everything about this show including all of the acting and video editing was entirely created and produced by the students on VEX Robotics Team 3129A. 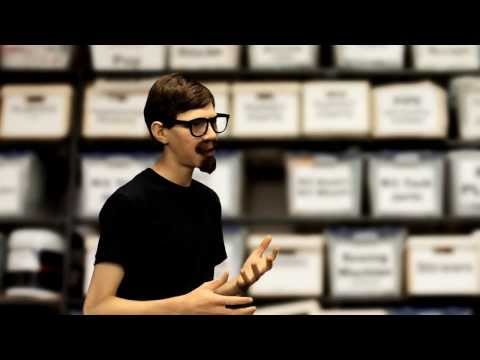 The editing is really good and the presentation is amazing! Great work guys!