Hold-Out Challenge Description: VEX Hold-Out is played on a 12'x12' square field configured as seen above. Two alliances – one "red" and one "blue" – composed of two teams each, compete in matches consisting of a twenty-second autonomous period followed by two minutes of driver-controlled play. The object of the game is to attain a higher score than your opponent's alliance by keeping your Flag Markers on their side of the field, by holding them on ramps or platforms for extra points, or by “locking up” your Flag Markers inside the towers. A bonus is awarded to the alliance that has the most total points at the end of the Autonomous Period. 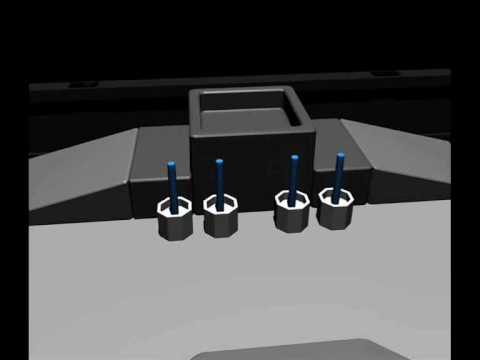 Basshunter??? One of my favorite songs, that's brownie points! Also bonus points of a smashing, last second entry. Ok, onto my constructive criticism: - There are some scale issues with that field walls that makes the field look as if its much smaller than a standard field. Audio is generally clear but it does fluctuate a bit. - Great use of Chamfer to smooth the edges of several of those ramps. - A bit of a complex scoring system, complicated scoring has killed entries in the past. - Robots look alright but you didn't animate the wheels. It's better than teams that use the black wheels to get around it. All in all, a perfectly fine animation entry. Good luck! -Cody Polynomic3D.com

Thank you. I would like to thank my fellow team members for all of their hard work (even those who didn't expect to help out and especially those who spent a straight 12 hours here at school). Thank You!

Well done team!!! After countless hours in the last few weeks and a marathon 12 hour effort on Saturday you managed to submit your entry with 4 minutes to spare!!!!