Our mascot's name is Rob. We combined thoughts of adorable fictional robots and came up with Rob's design. We originally had the idea of a walking robot, but the current VEX parts that we have were limited. We were still able to create a mobile mascot with his four wheel base. We based his 'light up eyes' off the Disney robot "Wall-E". He's inspirational to our team and to others. He distracts other teams with his adorableness. He waves flags based on which team (Red or Blue) wins a match and dances around. When you look at Rob's outline, he looks a little bit like a "Dalek" from the popular TV series, "Doctor Who". 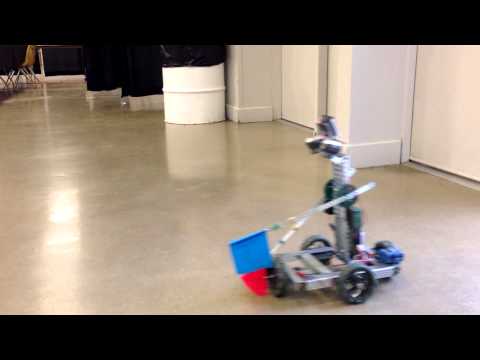