Welcome to the Patriot Robotics submission for the Vex 2016 Animation Challenge, this year’s game, Tipping point. Tipping Point is played on a 12-foot by 12-foot field made up of 36 foam tiles that are 2 feet by 2 feet. There are 6 towers on the field, 4 tall towers and 2 short towers. Each team has 2 tall towers and one short tower.  Spread out on set positions on the field are 18 half cubes, which are 4” by 4”, alliances also get 10 preloads. The goal of tipping point is to fit as many of these half cubes in your team’s towers as possible. This complements robots that can score on all the different towers, but also if your robot can rotate the half cubes you can fit more in the towers, getting you more points per tower. For each half cube in the tall towers you will get 5 points, in the short towers 3 points. Lastly there is a large titter totter in the center of the playing field, each alliance has a side designated by color, filling your side with pieces makes it get closer to the ground, at the end of the round if you teams side of the titter totter is touching the field floor, your alliance gets to double your points scored via towers.  The Games starts with a 20sec autonomous period and then a 1min 40 sec driver controlled period. Robots must be at max 18 by 18 by 18 but once the match has started they are allowed to extend past this size restriction. Robots are not allowed to pull or push the titter totter up or down. Robots are allowed to de score the other alliances side of the titter totter, but are not allowed to de score towers. Preloads must be placed on or in your robot when it has returned to its starting square. Which ever alliance scores the most points in autonomous gets a 10 point bonus. 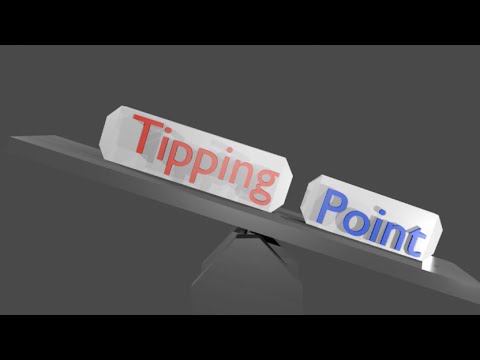 I like the idea that robots have to actually be able to rotate the scoring objects to score more, testing the robots’ precision control which isn’t something that’s done often in VEX games. The game as a whole looks very balanced (pun not intended), with the different height targets and the central platform giving variety to the game for teams with different experience levels, and also allows a lot of interaction between opposing alliances. The animation looks good, and the falling half cubes look realistic in the way they don’t perfectly tessellate and have gaps between them as you’d expect to see in real life. A couple of things that I think could make it better are first having a proper demo match showing direct competition, especially around the centre of the field (the game makes sense as it is, but a demo match can make it a lot clearer), and also having a wider range of textures for different parts of the field, as the use of grey materials on a lot of surfaces with specular shading on a lot of them makes it a bit more difficult to judge perspective. Good luck!