Link: https://www.youtube.com/watch?v=64yfw10zeYc&feature=youtu.be This year, Parkview High School for the very first time has decided to enter in the 2017 REC Foundation Challenge: VEX Robotics Competition Promote Award. Over the past few years, we have enjoyed each and every tournament, late night build day, and stripped screw (Well... maybe not the last one). VEX Robotics has given us the opportunity to connect with brilliant people from around the world as well as build to our heart's content. This program offers us a chance to not only discover our passion but also to reflect upon our own character. Inspired, we filmed a 90-second Advertisement to further promote VEX Robotics and recruit more members. The film is intentionally fast-paced to induce the feeling of anticipation and excitement, and the message conveyed in the advertisement is that everyone has their specialty. This video was created with the intention of breaking the underlining stereotype that sports are the only hardworking extracurricular activities. In fact, advertisement follows the main character, showing the collaborative, tiring, and competitive aspects of VEX. In addition, the audience learns that mistakes are not something to be ashamed of, but rather an opportunity to rise higher above themselves. Last year, VEX Worlds broke the record for largest Robotics Tournament in the World. Let's keep it that way. Thank you so much for those who have helped with this film. This film would not have been possible without the all the extras and volunteers who have dedicated their time towards this project, making it very enjoyable to work with.  Credits: Director//Editor//Producer - Kyle Yang Co-Producer//Main Character - Daniel Webb Sound Manager - Malcolm Schmid  Resource Manager - Sergio Haab //Extras// Sergio Haab Jessica Pan Nikhil Milani Nathan Cargill Ryan Tay Emily Nguyen Amy Wang Draven Green Kidus Frank Hu Erickson Joseph Grace Hu  Gear Kim Fredrick Ly Savannah Larkin Andrew Brock Natalie Goza Adair Kimbrough Kristin Partlow 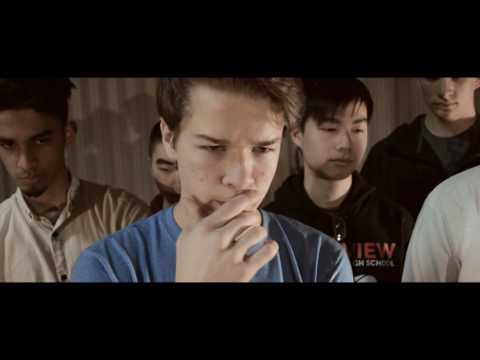