Introduction to Controlling Lifts Using a Potentiometer in Autonomous Mode

Team Bext of the VEX 22283A's Educational Video... This year's VEX EDR challenge, Starstruck, has a need of using some sort of lift to get stars and cubes to the other side of a fence. Team 22283A belives that controlling lifts is quite hard especially during autonomous, because gears sometimes doesn't have enough torque to make a lift stay at a certain position. Hence, our programmers developed a program template which would allow viewers to copy/paste our code to make an easy autonomous arm control. We hope to help new teams, like ourselves, do well in competitions during the 2016-17 season.

A VEX Tutorial Video made by Chattahoochee High School's VEX Robotics Team. This videos provides instructions and a template for controlling a VEX Lift to run and stay at a current position. Prior knowledge to potentiometers would be useful, since finding potentiometer points is key to using this program. Hope you enjoy. 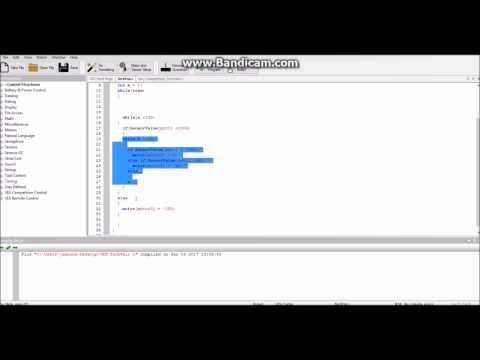 The topic is good and the technique solid, but it would be good to start with the control concept before diving into the code, so it is more easily understood by others.