//---------------Brief Introduction--------------- Team 1313A - RoboRunners (Elementary VEX IQ) In many beginning level VEX IQ workshops and classes, we have helped kids build their first robot. An easy beginning design is the VEX IQ Speed-Bot. We made this part because when kids drive a VEX IQ Speed-Bot on carpet, or play this year’s “Next Level” IQ game, the “standoff and connector” that sticks down gets stuck on carpet or blue barriers and drives jerky. This is a problem if you want to use the Speed-bot on anything other than a smooth, hard surface. To solve this problem, we tried to modify that area of the Speed-Bot with existing VEX IQ parts but could not find a solution. One idea we had was a wheel that moves in any direction but VEX IQ does not have that part. Our mentor said that was called a caster or ball wheel. We found a similar wheel online at www.thingiverse.com but when one of our team members printed the part, it easily broke because of bad design. We decided that our design could be tougher, should easily connect to VEX IQ beams and use the VEX IQ 25mm Ball. //--------------for the full report, open Final Report Team 1313A.pdf

This is an caster wheel that connects to standard VEX IQ beams and uses a standard VEX IQ 25mm Ball. It was designed to improve the VEX IQ Speed-Bot but has many other uses. 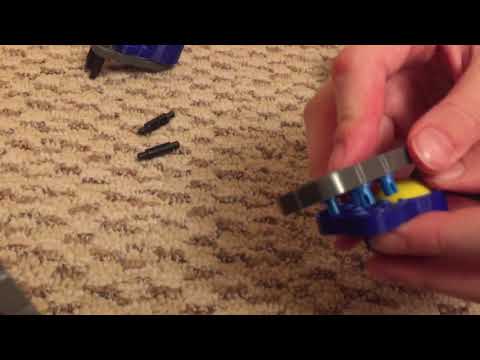