Introduction The reason we created this part was to improve the functionality of the current ratchet on our robot. In Turning Point, an extremely popular design is a flywheel that allows for variable aiming and other benefits. With our specific robot design, we decided to power the flywheel and lift with a singular motor for more efficiency. In order to do so, we needed a ratchet that could power different parts with different rotations, and would also help decelerate the flywheel in order to cause less stress upon the motors. To solve this problem, we designed our own ratchet with complex banding and two gears on the same axle. Even though this design is functional, there are still flaws that affect its performance. Not only does this gear cause severe wear and tear on the parts, but the high forces acting on the gear actually bend and distort the gear itself. As the result of these flaws, our team has gone through several high-quality gears. But with this new part, the ratchet will be one singular unit and no parts will be wasted. Part Explanation The new part will be used as an improved replacement for our current ratchet design. On our robot, the ratchets are used to optimize the efficiency of our motors. Currently, our design uses a 6 motor tank drive base to ensure that we have the strongest and fastest robot on the field during competitions. Consequently, there are only two motors left, one of which powers our rollers on the ball intake. This means there is just one left to power both the flywheel and lift. And here is where our newly designed ratchet comes in. This ratchet is able to control which component receives power by changing the direction of rotation. For example, if the motor turns clockwise, the inner smaller worm gear will be able to turn freely and power the lift. However, when the motor turns counterclockwise, the worm gear is no longer able to rotate freely, so the larger gear it is attached to turns as well. This powers the flywheel alone, because the lift doesn’t raise with the smaller gear spinning the opposite direction. The ratchet is also able to lock rotation of the gears, and decelerate the flywheel when it’s spinning, instead of having it suddenly stop and apply dangerous amounts of pressure to the bot. Creating This Part After finding the dimensions of a 60 teeth gear using Inventor’s measuring tool, we created a cylindrical disc as the foundation. The disc began as a 2D sketched rectangle that was revolved around an axis with the width of the rectangle equivalent to the radius of a 60 teeth gear and a height of 0.1inches to minimize weight while still being stable. To check for stability, I added 3 different forces on the disc: two at the edge and one in the center facing the opposite direction. Next, a circular hole was cut in the center to act as the hole in which an axle can be inserted and freely spin. Afterwards, a hole 0.5 inches from the center was sketched with a circular pattern to create 4 extruded holes. The same is done 1.0 inch from the center so that the ratchet aligns with gears. Since the outer holes of the gear is extruded, the inner holes of the ratchet is extruded as well so that the two pieces slide into each other. The pawls were created by first extruding 2 cylinders from the disc. Then, the shape of the pawls were sketched on top of the cylinders, which were also extruded. The edge of one side of the ratchet was rounded off using a fillet for an ergonomic design. Finally, the ratchet is shelled to decrease the weight and material used while retaining its functionality and stability. Once the part was created, a stress analysis test was performed and the thickness of some features were changed as a response. The completed part was placed in an assembly with VEX parts to check for sizing. The software used was Autodesk Inventor Professional 2018 64-Bit Edition Build: 112. Conclusion From this project, we learned about the design process. Although this was a simple part, it required brainstorming and sketches before we modeled and remodeled this part until it worked as effectively as possible. By using Autodesk Inventor, we learned about creating and utilizing user parameters to simplify repeated instances of a distance being used. This also helps with symmetrical dimensions where we can input one value to change the length of both sides. In addition, we learned to use the stress analysis simulation and sectional inspection feature of Autodesk Inventor. Because 3D printing is costly and time-consuming, the stress analysis feature is used to preemptively fix stabilization issues and testing the amount of stress that this part can handle. We will use CAD in the future for school engineering projects as well as in our progressing engineering career. CAD is useful for designing everything and anything. It significantly helps with visualizing placements and checking alignments of components so that no parts or materials are wasted. In robotics, Autodesk Inventor allows us to virtually model our robot. This helps us visualize and plan designs before physically implementing them. Prototyping virtually is time efficient because we are able to easily change our virtual design rather than build a physical model. Our team is able to determine spacing and plan ahead so that each part of the robot fit into the final design. We can find errors before they cause an actual issue. Add examples? In a multitude of engineering disciplines, 3D modeling is essential to the design process. Personally, as an aspiring mechanical engineer, 3D modeling is a crucial tool in order to map out physical and moving parts in a virtual space before fully implementing them as real products. Therefore, it is desirable skill to have and we plan to use it extensively in the future. 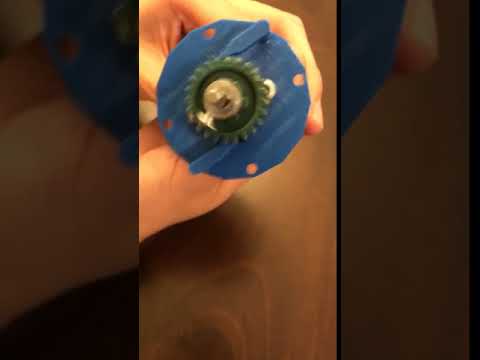 Video demonstrating how the ratchet is attached to the gear 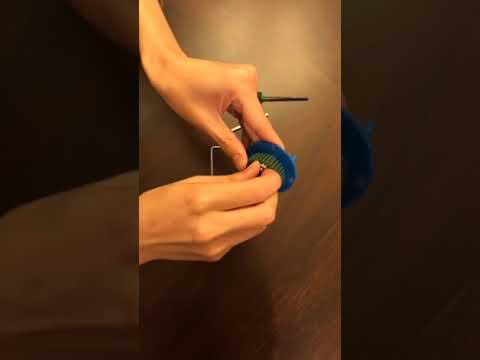